Mislav Files, Julia Kramberger and Sebastian Scherzer share their experiences from the Archaeological Camp Großklein 2015 in this guest contribution! Thank you!

<em>
Two Croatians, a Carinthian and a Slovenian excavating in Styria is not something you see every day. The reason for this strange company to meet was the Archaeological Camp Großklein 2015 which was organized by the Archaeology Museum. 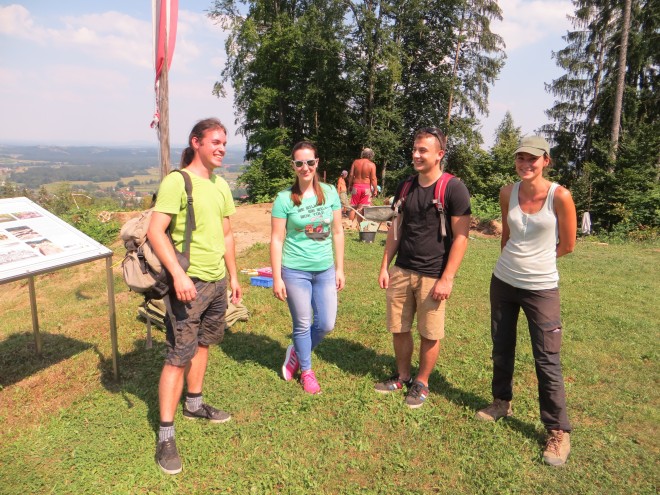 Although Großklein is known for its world famous Iron Age landscape, the week was not only spent in the trench, but also on various adventures across Styria. From diving into the murky waters of Styrian lakes, through discovering the secrets of the last pharaohs in Leoben to stumbling over yet undiscovered archaeological sensations in remote mountain villages. In the rare moments of rest, they quenched their thirst with local wine and enjoyed the heavenly taste of Kernöl. The nights in Burgstall were an adventure of its own. After opening our minds to the local mentality with tasteful beverages while sitting under the star spangled sky, we started to feel a great connection to the princes of Kleinklein. 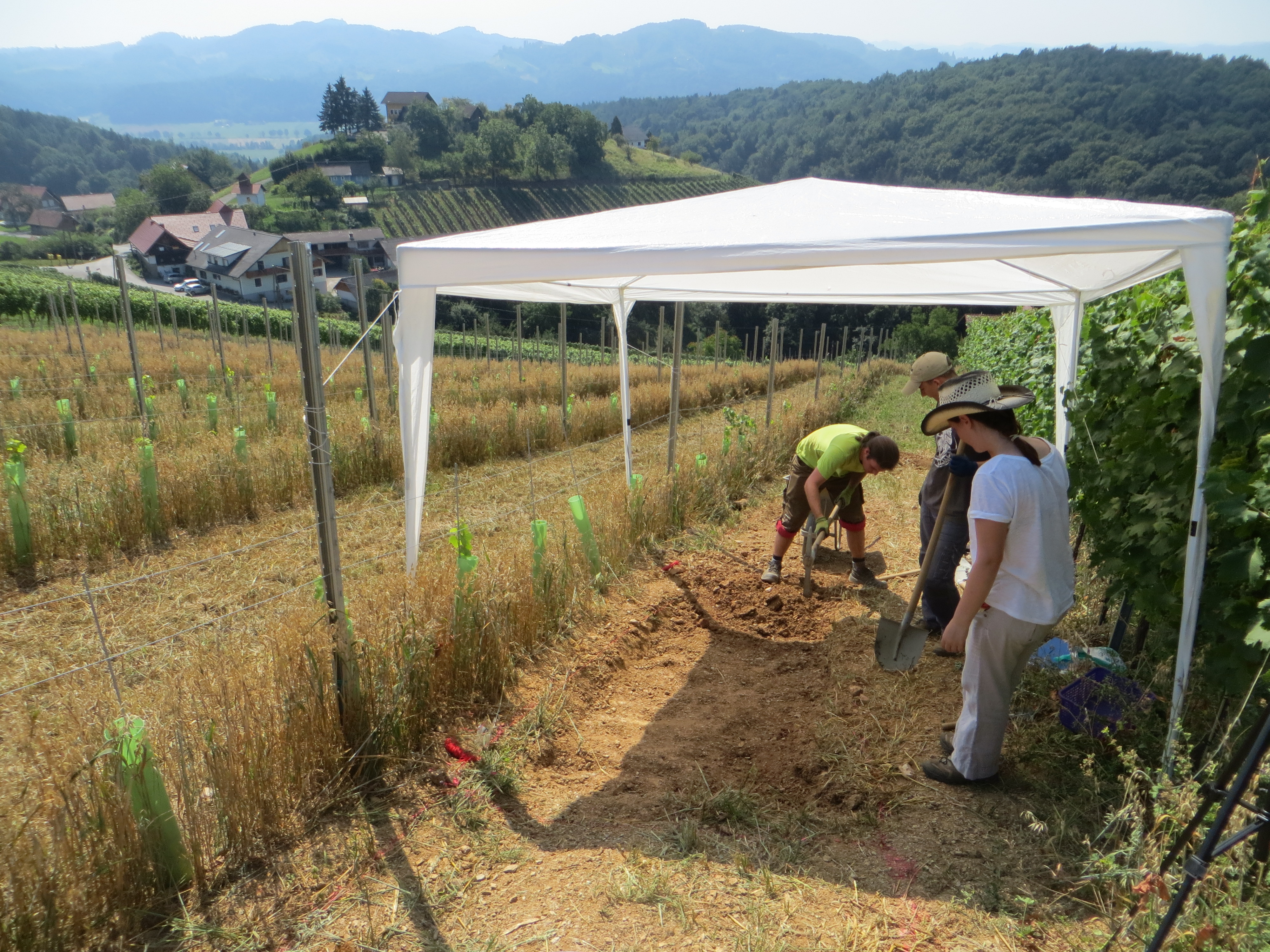 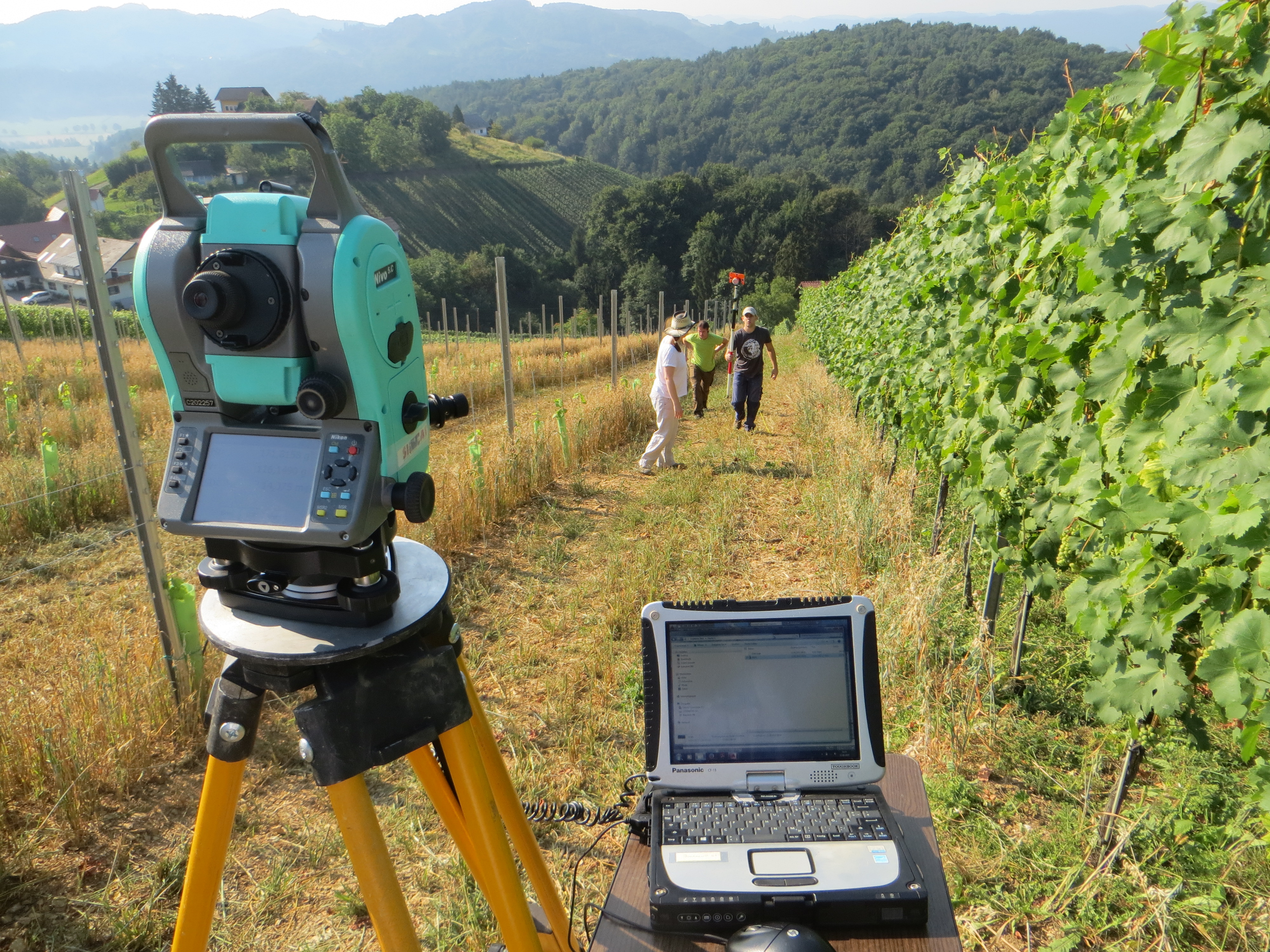 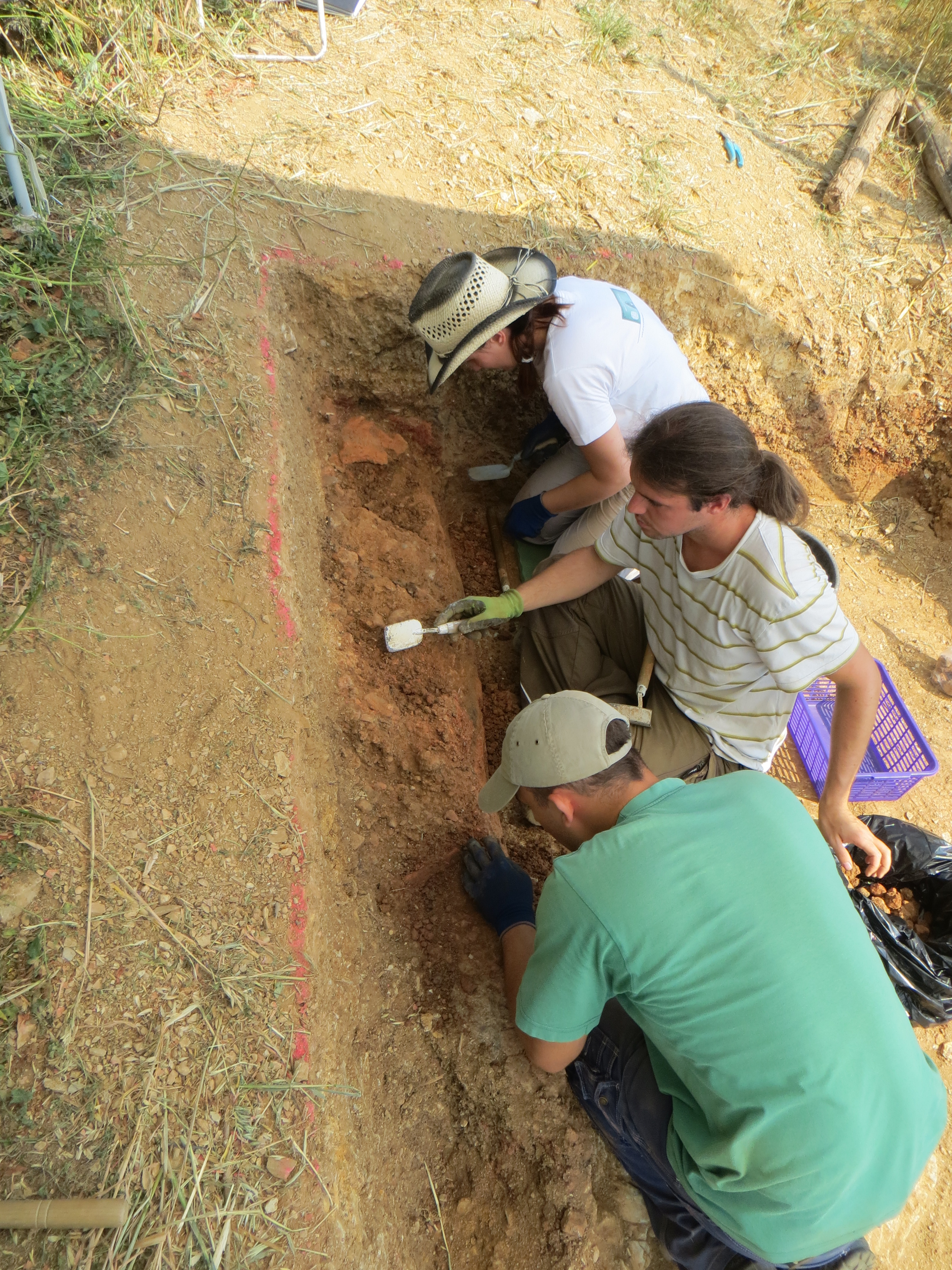 And yet, beside all these activities, our main focus remained on the archaeological work which we carried out with enthusiasm and patience. The enthusiasm was essential for harsh moments such as pushing the wheelbarrows filled with equipment up the hill, while patience was necessary during the cautious excavation of the ruins of an Iron Age house under the hot Styrian sun. The morale was always high, and not only because of the rewarding work, but also because of the great friendships that came to be. Linguistic differences were no obstacle, though visitors would have wondered about the odd mixture of several European languages. The week ended in a blink of an eye, and although we had to go our separate ways, we know that we will meet again someday. 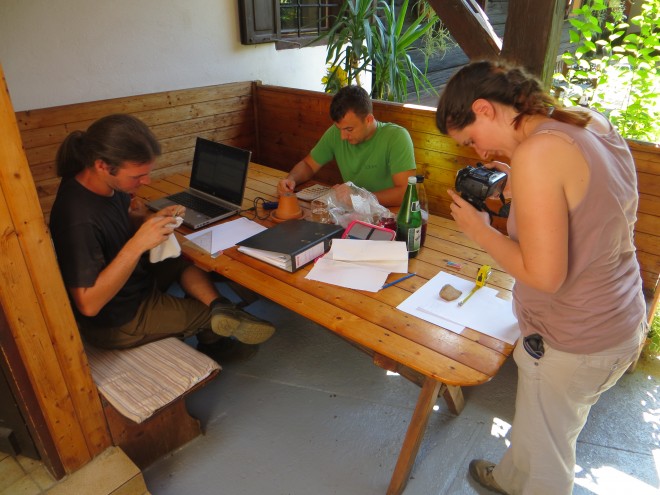